This great park, famous for its elephants, was created in 1947 by two young men, the late David Sheldrick and Bill Woodley. It sprawls over an impressive 7000-sq-km and is located about 200 kilometres south east of Nairobi. The main attractions in this park are the volcanic landscapes and the Mzima springs. These springs gush out 50 million gallons of crystal clear water each day, providing Mombasa with its water supply. It forms a haven for a variety of different animals including, hippos, crocodiles, elephants and also chattering monkeys and a wide range of bird species.

With such a large diversity of habitats, including dry scrublands, rocky outcrops and riverine forests, it is only to be expected that tsavos bird life and game viewing will be spectacular. Well over 500 species of birds have been recorded here, including winter visitors from Europe and Western Asia. Tsavo boasts the largest population of elephants in Kenya and also has a vast array of plains game animals such as zebras, buffalos, impala and gazelles. The less common species to be found here are the fringe eared oryx, gerenuk and the skittish lesser kudu. The carnivores in addition to lions (some being direct descendants of the man eaters of Tsavo) are, serval cats, hyenas, leopards, cheetahs and caracals. 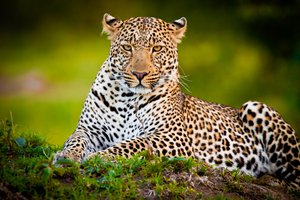 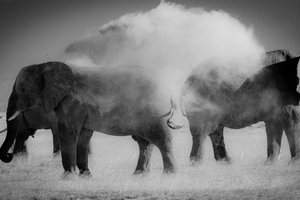 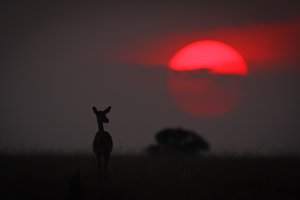