This great park, famous for its elephants, was created in 1947 by two young men, the late David Sheldrick and Bill Woodley. Tsavo East National Park stands out as the largest of Kenya’s national parks, covering over 13000-sq-km of semi-arid scrubland. The landscape is unique due to the yatta plateau (the largest lava flow in the world), which was formed from the lava that exuded from the Oldonyo Sabuk mountain.

A large variety of animals concentrate seasonally along the two rivers that flow through this park (Galana and Voi rivers) including herd of fringe eared oryxes and lesser kudus which are habituated in the dry bush adjoining the Galana river. Other mammals that can be encountered are vervet and sykes monkeys, African palm civet, lions, leopards, cheetahs, elephants, black rhino amongst many others.

Tsavo East also attracts a large species of birds including migratory birds from Europe and Asia. Some species you may encounter are: African skimmer, pangani longclaw, palm nut vultures, taita falcon, sooty falcon, golden breasted starling among many others. 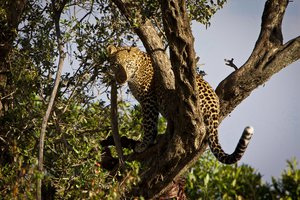 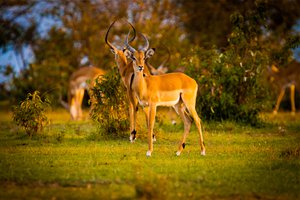 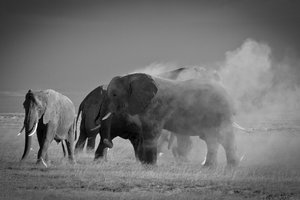