The Maasai Mara National reserve is probably one of the most important and celebrated wildlife reserves in Africa. The name Mara originates from the Maa language, which when translated means “spotted plains”, due to its rocky hills, acacia woodlands and riparian forests, when viewed from the air. At 1510-sq-km, the reserve is home to over 90 species of mammals and 450 birds.

The reserve is an extension of the vast Serengeti ecosystem and the only obstacle dividing the two is political boundaries between Kenya and Tanzania. Between the months of July and October, the reserve plays host to the greatest spectacle on earth and the largest land migration in present day. More than two million animals make their way into the reserve from the Serengeti to graze on the new grass, which has just sprouted following the annual long rains. This annual event was declared, in 2006 as the seventh wonder of the world. The main spectacle of this migration is watching these herds cross the raging waters of the Mara river, where thousands will lose their lives by drowning as they fight against the swift currents and to the jaws of the hungry crocodiles.

Big cat sightings during this period will be at an all time high. With such a profusion of game, there will always be predators lurking including the famous black maned lions, cheetahs, leopards and hyenas. Visitors regularly encounter the ‘Big Five’ during their stay here. 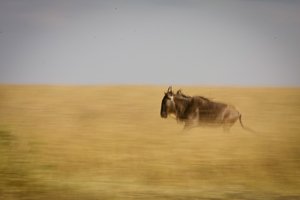 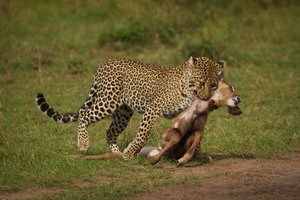 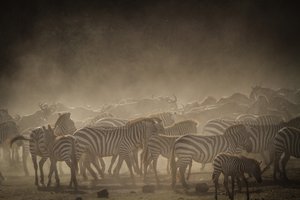