The Lewa Wildlife Conservancy (also known as Lewa Downs) is located in northern Kenya. It was formed in 1995. It is a wildlife sanctuary incorporating the Ngare Ndare Forest and covering over 62,000 acres (250 km2). The Conservancy is home to a wide variety of wildlife including the rare and endangered black rhino, Grevy's zebra and sitatunga. It also includes the big five (lion, leopard, elephant, rhino and African buffalo). Lewa holds over 12% of Kenya's black rhino population and the largest single population of Grevy's zebras in the world (approximately 350 individuals).

The Conservancy is also home to the Northern Rangeland Trust, an innovative partnership with a number of communities to the north who have given land for the preservation of wildlife. Lewa has its own education program that helps develop schools and students. Lewa Wildlife Conservancy is located south of Isiolo town but north of Mount Kenya.

With spectacular views of the surrounding mountain's and hills of Kenya's Northern circuit (including Mount Kenya), Lewa is a wonderful place to visit and offers a lot of unique activities which are not offered in other conservancies/reserves. 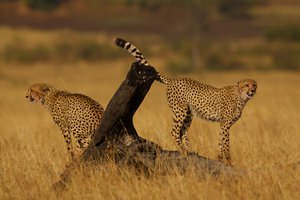 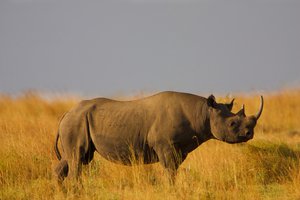 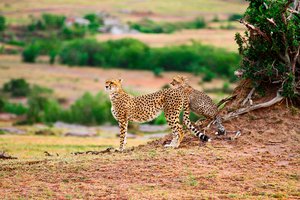